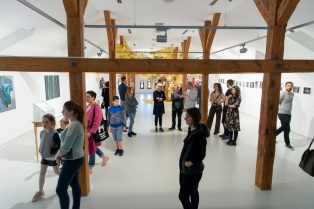 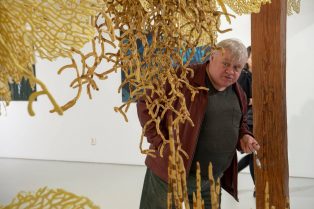 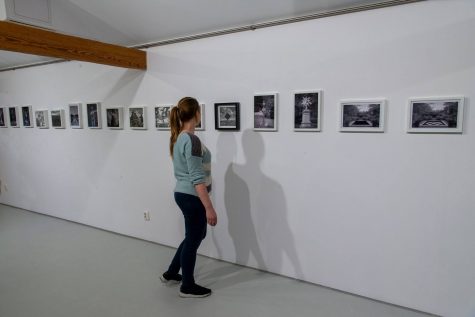 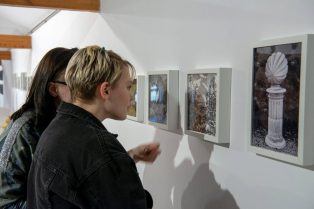 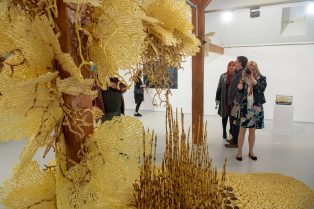 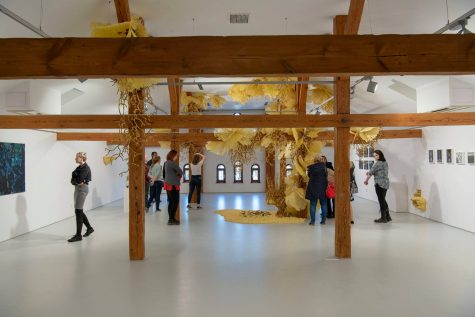 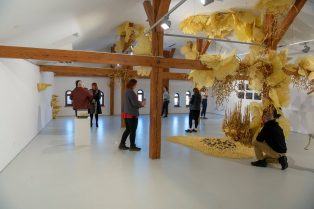 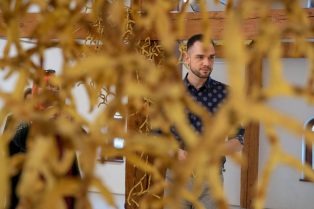 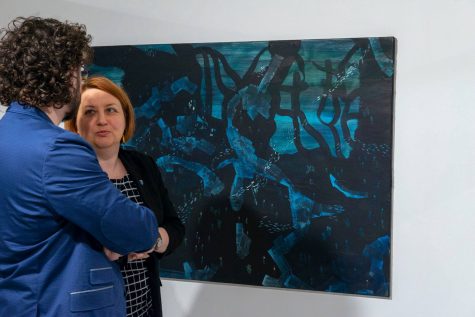 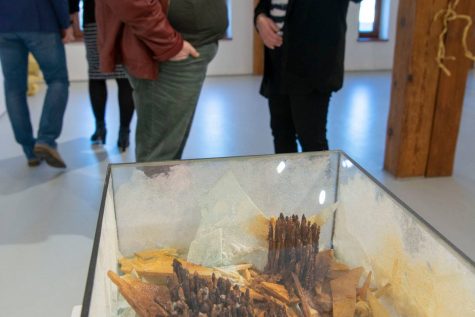 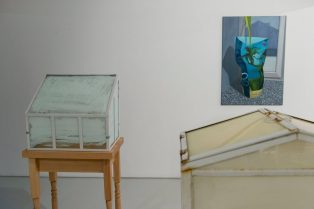 Dark forest, wilderness, marshland, wild meadow – all such out-of-the-way places can become breeding grounds for new stories, and the fantastical creatures that inhabit them are all seasoned storytellers. The exhibition White Bones under Lush Green Moss encompasses two cultural paradigms. We observe both fascination with mystery and horror, and direct inspirations from romanticism and its take on nature which is full of wild, dark and unbridled forces that elude human will and understanding. The exhibition also constitutes the second part of so-called Black Trilogy. Its first part called Madam, can you check if there are any dreams tangled in my hair? was shown in Ustka in July 2018. The current exhibition continues in the same vein of “magical domestication of the world,” although it also provides a separate, and very elaborate visual narrative. The exhibition, which focuses on the natural environment as breeding ground for both horror and romanticism, will take the viewer to an all-consuming place which offers no clear line between nature and civilization. White Bones under Lush Green Moss evokes a wistful nostalgia for the time when there seemed to be no clear distinction between the real and the supernatural.

Mysterious and majestic, nature is also associated with both eternity and transcience, with the inevitable end and elusive immortality. The artists proposed for the exhibition: Paweł Szeibel, Krzysztof Maniak, Wojciech Ireneusz Sobczyk, Jakub Woynarowski Natalia Bażowska and Bianka Rolando are all guided by their vision a past world inhabited by ghosts and apparitions. They populate their landscapes with archetypical figures – black, shiny, uniform and beautiful – which evoke darkness, nothingness and emptiness in order to transform them into new lavish and opulent forms that may potentially represent anything. We see a man being born in the darkness and a host of apparitions that haunt him. And like in the popular visions of the world’s end, darkness prevails but nature remains, and we will always peer into the emptiness hoping to see some distant figures.

With an additional handful of associations, we picture a forest as a mixture of fabulous themes and horrifying echoes of recent history: war, holocaust, guerrilla resistance. We also see images from a more distant past: tree worshippers, forest-dwelling outlaws, highwaymen, leprechauns, a wise woman who lived in a small hut and knew the language of trees, and overgrown cemeteries. Nature has its dark secrets, often marked by evil and death. Hidden in the shadows of swaying branches are tombstones flecked with white lichen. While walking through the forest, it is easy to trip over a cross or tomb that slowly become reclaimed by nature and lost in green grass.

The exhibition White Bones under Lush Green Moss is as gruesome as it is alluringly romantic. All this leaves us quite helpless. We cherish a naive belief that the ghost that haunts us will somehow disappear, but then we come back the following night to meet its beautiful yet chilling gaze again.