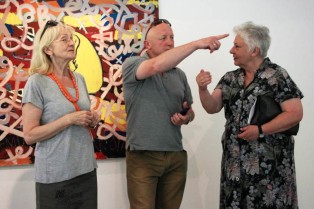 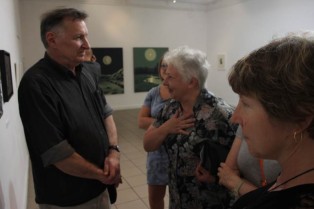 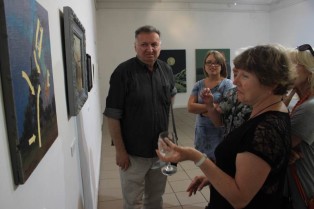 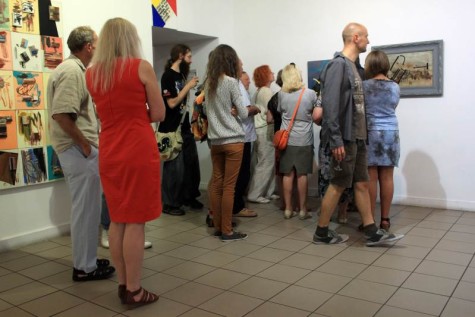 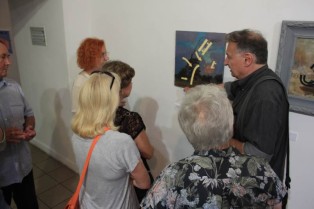 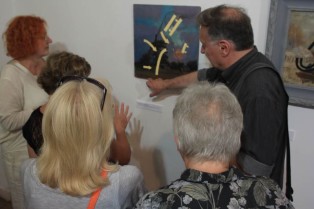 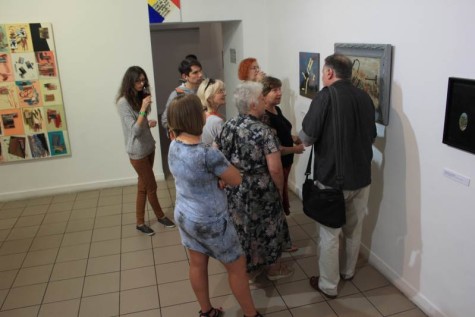 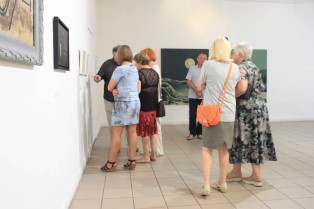 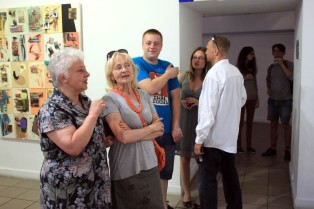 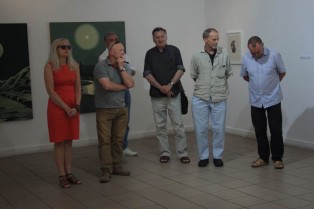 The exhibition will be open till September 7th 2014.

PENDZLE is an unofficial name or rather one from among many a proposition of naming our group of friends artists, which appeared during one of our informal group meetings at a café table. With the lapse of time the name has become common and nobody would try to rethink its sense which in Polish means ‘brushes’ (in incorrect spelling, however). There had been six of us including Tomasz Tatarczyk, who died four years ago. On average we used to meet once a month in order to discuss in our company the newest events that happened mainly in our discipline: plastic arts, specialisation: painting. Sometimes some nice guests joined us and we had a nice time. Beside purely friendly, some more ‘ambitious’ ideas and projects appeared during these meetings. In 2004 this led to our stay at Beata and Grzegorz Kalinowski in Bukowina Tatrzańska. On the initiative of Dorota Monkiewicz, inspired with Witkacy, we met there with Marta Deskur and Jadwiga Sawicka, and participated in a play presented by the Witkacy Theatre from Zakopane; among other things this resulted in our participation in an auction in favour of the National Museum in Warsaw. In 2008 this included a painting plein-air in Vellano, Tuscany, where we were received by Krzysztof Musiał; this resulted in the exhibition Pictures – Tablecloths at the A – Tak Gallery. There were also two exhibitions at Męćmierz; one of them, entitled The Painter’s House, with a guest appearance of Koji Kamoji and Krzysztof Bednarski was arranged in memory of Tomasz Tatarczyk, who died on 10.04.2010. In the end, it was the 2012 exhibition under the supervision of Prof. Waldemar Baraniewski at the Academy Salon in Warsaw under the meaningful title Contradictory Information. Picture versus Pictures.

In Ustka we plan to make a project which was getting shape spontaneously.

– The title of the exhibition DESA NT refers to our trip to the seaside, as well as to the still unstable situation connected with the Ukrainian crisis.

– We decided to show certain joint works during the exhibition, which had appeared as if a side effect of our activity to date, like for example our legendary tablecloths from the plein-air in Tuscany.

– Also this time we want to paint a large group picture during the exhibition.

– We are going to arrange a joint composition from the pictures painted by each of us, but not set before.

– We will also create 5 small solo presentations consisting of our current works.

At the Small Gallery in Słupsk we are going to present a selection from the 2012 exhibition prepared under the supervision of Prof. Waldemar Baraniewski at Warsaw Academy Salon under the title Contradictory Information. Picture versus Pictures. In the opinion of its participants, some critics, and a part of the audience, that exhibition was so important and well received that it is worth to be presented anew.

This is the way we could present two different exhibitions of the same artists in two scenes. The one with the curator, who tried to combine so different, experienced and, that’s no denying, recalcitrant painters in a consistent and coherent wholeness. The other – prepared spontaneously by the very artists without a curator and being continuously under construction to the very last moment before the opening or even longer. Will such comparison give an interesting effect and bring any advantage, first of all to the viewer? Can such two presentations, being full of contradictions and doubts, be a kind of metaphor of what happens in today’s world of art?