MIROSŁAW BAŁKA / the species of spaces 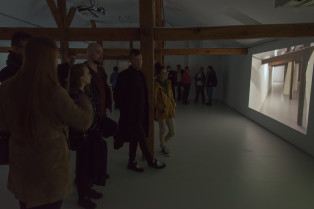 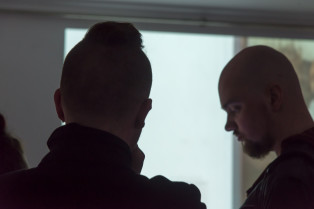 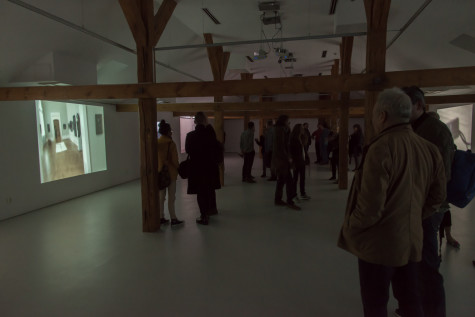 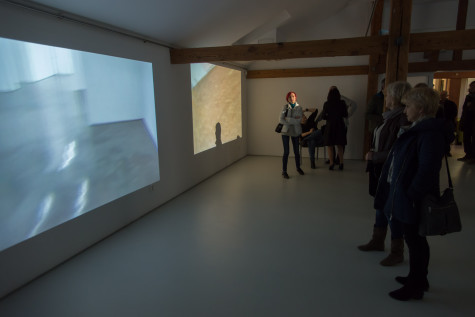 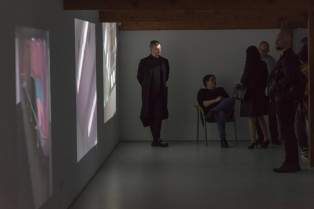 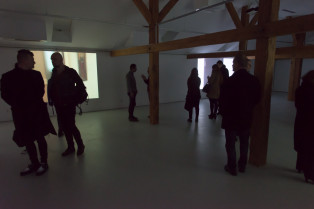 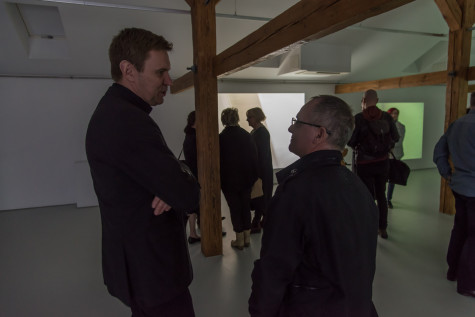 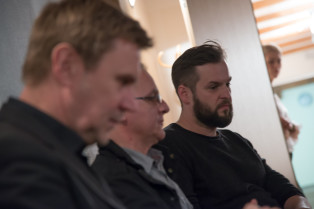 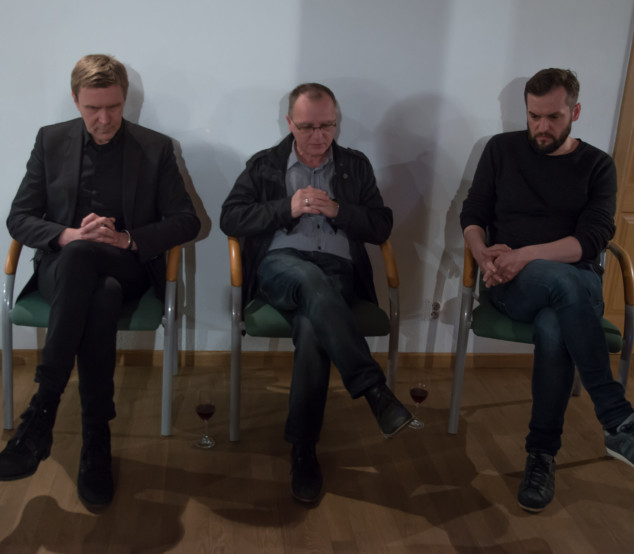 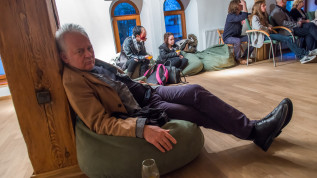 MIROSŁAW BAŁKA
the species of spaces Mirosław Bałka will presents his video projections from first contact in:

The Mirosław Bałka exhibition entitled Space Species and presented at the Centre for Creative Activities in Ustka, consists of eight video projections documenting the first ‘contact’ of this artist with the spaces which were to become the place of his future solo exhibitions. Bałka has chosen the material previously registered at the exhibition salons of the Modern Art Gallery (Oxford), Kunsthalle (Karlsruhe), Douglas Hyde Gallery (Dublin), Dvir Gallery (Tel Aviv), Gladstone Gallery (New York City), the Centre for Creative Activities (Ustka) and the Freud Museum (London), and, as a kind of annex, at his own artistic studio in Otwock.

The idea of the project is to make an attempt at polyphonic articulating the dialogic character of architecturally strongly differentiated places. These galleries, moreover, not only have different cubic capacity, ethnic entourage and cultural features, but, interestingly, most of them served for other purposes in the past and had obviously non-artistic genealogy. For example, Israeli Dvir Gallery is housed in a former sanitation factory, while the space of the Gladstone Gallery was a garage for New York taxis, and the Freud Museum – a residential house, while the Centre for Creative Activities in Ustka served as a Prussian town granary in the nineteenth century. It should also be noted that the artist’s artistic atelier in Otwock is located in the artist family house, which makes that, in contrast to the other, it is a purely ‘private’ space of the artist, with which he is tied also with intimate ties and only partially public biographical complex.

Like in many of his earlier projects, preparing the Space Species, Mirosław Bałka’s intention was undoubtedly the desire to confront the different codes of architecture, to make manifest the absent identity and to (re)define the memory space. Subjected to repetition and multiplied with the medium of video, these toposes and figures became a contribution to the ever retried reflection on the mechanisms of repetition and difference, as the aesthetic and genealogical strategy of the artist. As a result, the finally obtained ‘multi-image’ is, travestying Julia Kristeva, a spatial and multiple polylogue of identity, location, architecture and body.

Bałka – not without a certain dose of nostalgia, though streaked with obvious self-irony – deconstructs and visualizes the species, seeing in them a potential, latent or repressed in the past, which seems to be obscured by the current aesthetic context. It must be remembered that in several showrooms and exhibition salons visited by him – during the first physical contact with them – there were still present exhibitions which inevitably had to have an impact on the perception and reception of the viewer.

The clue of the project, as it seems, is a reflection on the anthropology of the space and, in particular, the ascertainment of its processual identity. Although the latter is contained in different codes of narrative and historical orders of the gallery, the artist is apparently convinced that art could also act as a significant mnemonic instrument used to deconstruct the memory as a part of architecture. Moreover, this is confirmed by hand-held camera technique which translates not only to record the visible space; this kind of monitoring (like in Pollock dripping technique) also reflects the dynamics and motility of the body that moves through the halls and corridors of the gallery. As a result, we are faced with a digital diary which maps both the mental dimension and corporeality that enters into a relationship with a variable space-time setting.

It is worth noting that the simultaneous and polylogue video demonstration has another extra-aesthetical value. The modus of repetition used by Bałka in it enables to confront places that genealogically not only do not fit to each other, but actually communicate far divergent ‘stories’. In this context, the selection of London’s Freud Museum seems to be characteristic. This is because the institution was created in the house of the author of psychoanalysis, who moved to the UK in 1938, taking with him, among other things, his famous couch and private art collection. It is very symptomatic that barely a few years separate Freud’s departure from Vienna by Orient Express from the moment when four of his sisters were transported in cattle cars to Nazi concentration camps. Thus, in opposition to this story, as if in reverse, Gladstone Gallery space with its ‘communication’ history (as a parking lot and a garage for taxis) is a contribution to the much more ludic sources of artistic narratives. Thus the stories cited by Bałka and used in their ‘cultural’ repetitions at the gallery of Ustka give rise to reflection on the mixing of traumatic times and ironic orders in the world of polylogical postmodernity.

In the present exhibition he reveals a kind of ‘nerve’ that can be interpreted also as awareness, confidence, and at the same time skepticism about any context and imposing sources or genealogy. The strategy of difference and repetition used by Bałka is, otherwise, the modus and practice present in a broader cultural discourse, just to remind the classic ‘masters of suspicion’ as Freud, Nietzsche or Marx. In the historic treatise of the latter, 18th Brumaire of Louis Bonaparte, this German philosopher, in the context of the French Revolution and the coup d’état of Louis Bonaparte, formulates an (already clearly post-Hegelian) concept of interpretation of those revolutionary events as the realization of the idea of repeating the drama (1789) and the parody (1851). In both cases, the usurpers and revolutionaries resorted to coups and political clichés worked many times in history. The attribute of referenced territories, republics and ideas was just the change of costumes and languages used by new players and actors. However, the strategy of such repetition, as for example Walter Benjamin’s idea of reproduction, has always involved the referring to and the multiplication of some earlier models, codes and narratives, simultaneously distancing us from the source and depriving them of their unit ‘aura’. Therefore repetition in culture and history can be, as suggested by Marx, ornamented dramatically and theatrically (as evidenced by the case of Freud Museum) or presented as a parody or irony (as confirmed by Gladstone Gallery).

It is worth noting that repetition can be varied with the strategy of objectivity and subjectivity, which appear to be sanctioned by what’s conscious and what’s unconscious. The exemplification of this view includes the clash between a public space (a gallery) and the private domain (the studio in Otwock). In the latter case, Bałka decides to descend down to the basement and shooting from the ‘hole’, because, as he said, it is the evocation of a “space-time hole which is in opposition to the apparent objectivity of other recordings…”

Space Species by Mirosław Bałka join, therefore, the aesthetic and anthropological paradigm of difference and repetition, turning it into a kind of polyphony in which there is still a place for a pause, silence or empty space or the white spaces in the Book, which, as wrote Rabbi Levi Yitzchak of Berditchev, “derive from letters, but we cannot read them like we read the blackness of letters.”