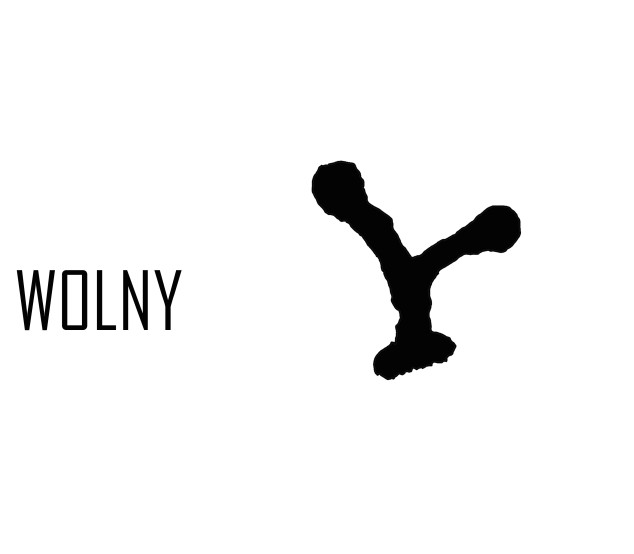 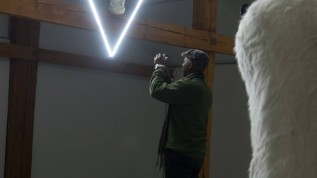 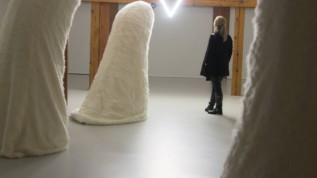 Mariusz Wolny was born on Midsummer’s Night 1980 in Głowno. A graduate from Sculpture at the Academy of Fine Arts in Warsaw, as well as underwater archeology at the Nicolaus Copernicus University in Torun. He creates installations, sculptures, posters, drawings and experimental music, and is also involved in photography and interventions in public space.  Commenting on the reality, Wolny prompts the recipient to reflect on himself.

In fact, each of us represents ‘another world’ which is our own individual land, where we are the absolute lord. The reality in which we live and the sum of the factors having an influence on us form a kind of vision of the whole, of which the veracity or non we find as a result of our decisions and suffering their consequences. How many times do we have to be startled by events or situations whose turnover seemed to be quite predictable, or the acts of individuals who, in our opinion, have been very well known to us? Is not this sufficient evidence to the subjectivity of the world in which we live?

Probably to most of us it seems that ‘vision’ is a word reserved for dreams, people under the influence of psychoactive substances or madmen. At this point it is very important what kind of attitude we have towards the very meaning of the word ‘vision’ as we understand them. Do we approach to the issue positively or cut ourselves nervously off, instantly assigning this password to e.g. narcotic experiences. Visions apply equally to our awareness of the reality and to the realm of dreams or states evoked by any substances that have an impact on our perception, so drugs and psychoactive means. Artists have drawn inspiration from dreams for centuries. It appeared even the term ‘oniric art’, or the art that uses dream as a theme or a compositional principle. To the poetics of dream appealed mostly Surrealism, formed after World War I in France, which spread throughout Europe in the 20s and 30s and then in America. This surreal trend had also an impact on cinema, people’s habits, fashion, lifestyle, entertainment and advertising. In his autobiography, the director Federico Fellini admits that most of his films were inspired by dreams: “The best ideas come to me in dreams, because they show up in the form of images, not words. When I wake up, I draw them quickly, before they fade and disappear”. Fellini agreed with psychoanalytic interpretation of dreams and explained their symbolic meaning to him. Woody Allen, Pedro Almodóvar and many others act similarly.

I admit that I often happen to get up at night and sketch the images that appeared in my head while sleeping, and most often just before bedtime. I get up then reluctantly, being half conscious, and I sketch, knowing that I will not fall asleep until I move these images from my head to the sketchbook. Sometimes I happen to get up several times in a row. It is a powerful source of my ideas. However, not only dreams are their source. Certainly not without significance, just for me, and for a large part of the artists, are experiences with psychoactive substances which, as is well described by James Fadiman, contribute to the development of personality, even if only by overcoming internal barriers and restrictions.

Interestingly, examples of such experiences have been found throughout the world continuously since the beginning of human history. There is even a thesis, very popular in an archaeological milieus, which says that a ‘right human’ is shaped not by food intake in the form of meat, but probably in result of using such substances as for example hallucinogenic mushrooms; numerous evidences can be found for this all over the world. Probably thanks to the consumption of hallucinogenic mushrooms human consciousness was to undergo enlargement. My work We Had the Same Dream originally came to me as a picture in my mind, which was then materialized in the form of a sketch on a piece of paper. It was accompanied by a strange feeling of uniqueness. Characters are twisted in various manners, as if stuck in a hypnotic trance, lethargy; they seem to sway in different directions. Most of them still staring at one point, seemingly forever, but maintain constant freshness. The faces of characters resemble different variants of Y letter (the twenty-ninth letter of the Polish alphabet, the twenty-fifth letter of the English alphabet, pronounced as ‘why’ just like the eternal question, and the symbol of the generation born after 1980, known as ‘generation Y’, a symbol of chromosome, the Pythagorean symbol, the intersection of the letters X and Y, etc.). But most of all, Y is a determinant of the face of all living beings who have the face, as well as those that we may be inclined to call the thinking ones; it is the line that runs from the eyes, through nose to mouth. I care very much that the installation would be viewed by the interested separately, one by one. I would like that a viewer were not distracted by the sounds, comments or questions of other viewers. I want that each person could experience the work in his/her own way, forced to comprehend quickly the situation, and knowing that the contact would last for a short while only, since others, I hope, would be waiting for their turn to experience it. My work We Had the Same Dream is to be a bit of my inner world, stripped from the outside world. It has to be the realization of the vision that has accompanied me since ever. I decided to take you with me to visit my inside for a while, to become immersed together in a dream, where there is no yesterday or tomorrow. I decided to become a sort of animal-like tour guide, guiding you through my home with a safe path. This brief moment is to belong only to you.