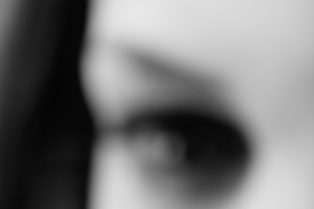 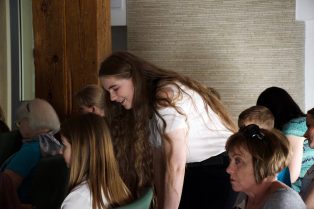 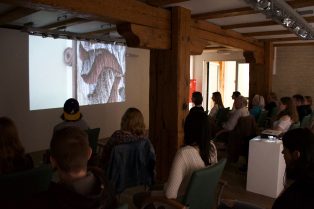 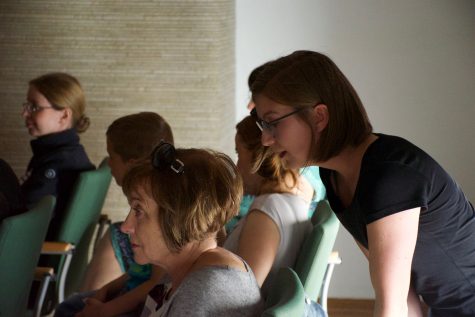 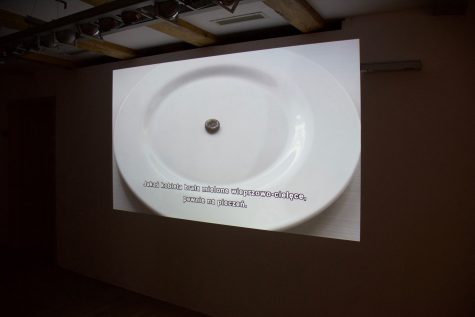 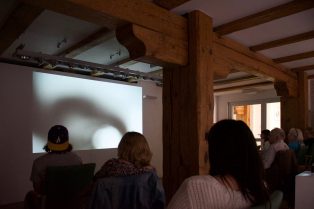 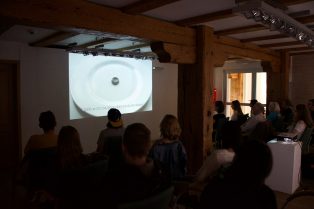 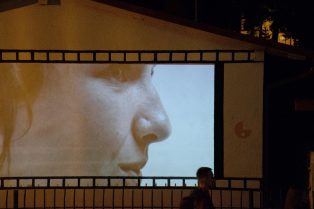 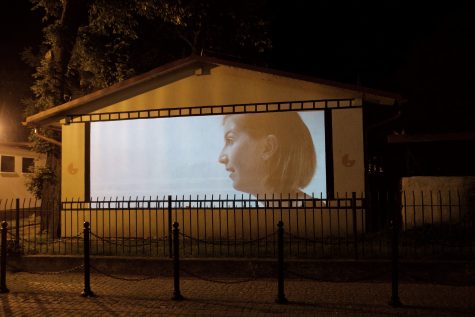 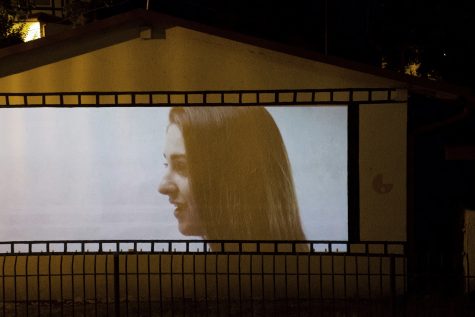 6 July 2017, at 6 pm
the musical performance and the experimental film will be presented in collaboration with ‘Studio Wokalu’ (the Culture House in Ustka) at the Centre for Creative Activities in Ustka, address: Zaruskiego St. 1a, 1 floor, Ustka
free entrance.

‘The Fragment as a Proverb’ a musical performance and experimental film by Kristina Inčiūraitė, in collaboration with ‘Studio Wokalu’ (the Cultural House in Ustka):
Natalia Andrzejczak
Ewelina Bogucka
Dominika Chilońska
Katarzyna Marciniak
Julia Starczewska
Hanna Wdowiarek
Coordinator of musical part: Wioletta Kaszuba
Kristina Inčiūraitė presents the intimate musical performance ‘The Fragment as a Proverb’ in collaboration with singers from Ustka. This project was implemented recently with two famous Lithuanian choirs at several art institutions in Lithuania.
Agnès Jaoui, the screenwriter of Alain Resnais’ film ‘On Connait les Chansons’ (1997), once said that by gathering popular songs for the film, she used fragments of songs like proverbs. According to her, the commonplaces we find in the words of popular songs summarise our feelings, but at the same time they impoverish them. This project tries to reverse the situation in the market-driven modern world, where audio-visual technologies offer us various ‘algorithms’ of pleasure and satisfaction (such as pop songs).
In the performance, various pieces of music are performed by singers individually: the participants select listeners randomly, and hum a selected popular tune into their ear, while the rest of the audience awaits an intimate experience. Humming, a reduced form of song, which represents the ‘impoverished’ experience, in this case probably becomes the ‘enriched’ experience: the tune becomes personally desirable.
The melody, as a part of our memory, raises questions about our social behaviour. What do we, singers and listeners, have in common? Do we share similar emotions and experiences?
In the exhibition hall Kristina Inčiūraitė shows the experimental film ‘Change All the Buttons’ (2015, duration: 32 min.), where traces of the 70s and women’s daily routine are conveyed. The same participants of the musical performance ‘The Fragment as a Proverb’ are invited to supplement the soundtrack with their own voices. At the end of the film their short vocal expression extends emotional dimension of the film.
Kristina Inčiūraitė, lives and works in Vilnius, a contemporary artist. She makes mainly videos, video installations, experimental films, performances, photographs, and sound projects. Her works have been presented at art institutions such as the National Art Museum of Ukraine in Kiev, the Oi Futuro Cultural Center in Rio de Janeiro, the Kalmar konstmuseum in Sweden, the Łaźnia Centre for Contemporary Art in Gdansk, the ar/ge kunst Galerie Museum in Bolzano, the Kumu Art Museum in Tallinn, the Muzeum Sztuki in Lodz, the Műcsarnok in Budapest, the NGBK in Berlin, the Casino Luxembourg – Forum d’art contemporain in Luxembourg, the Pori Art Museum in Finland, and elsewhere. She has attended artists’ residencies in Austria, Finland, Iceland, Norway, Romania, Sweden and China.
For more information: www.inciuraite.lt
Odette Graskie / AMBEDO / CAT / EXHIBITION WITHIN THE ARTIST RESIDENCE
ELVIRA AKZIGITOVA/ BODY ELECTRIC / CAT / exhibition within the artist residence
Ta strona wykorzystuje pliki cookie, możesz zablokować pliki cookie w ustawieniach przeglądarki Więcej... ☒