Joanna Łałowska / MARE VANITAS. The Evanescence of the Baltic Sea / within the artist residency 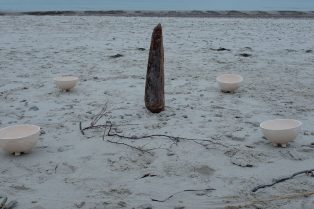 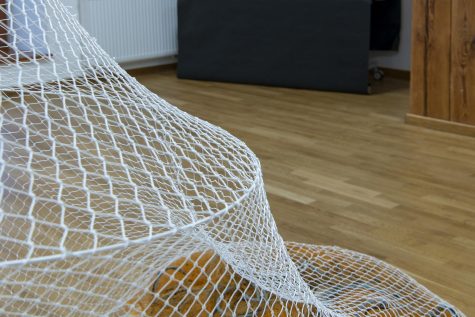 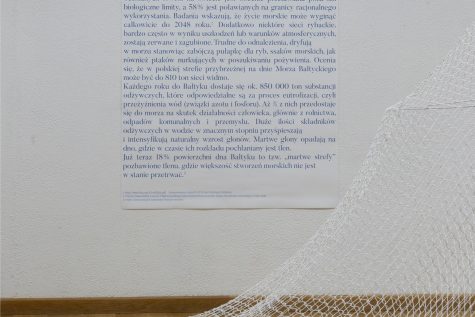 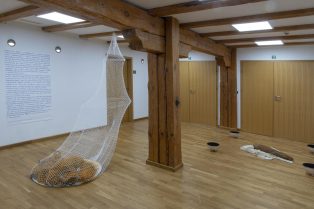 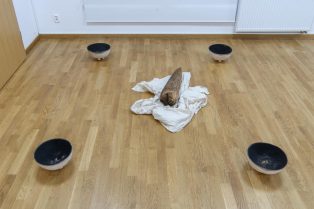 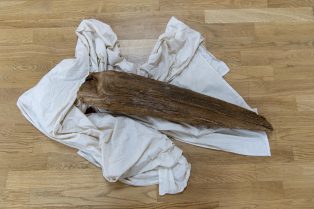 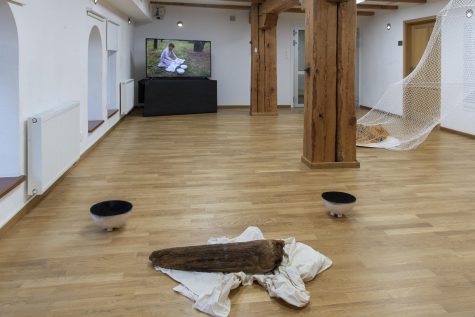 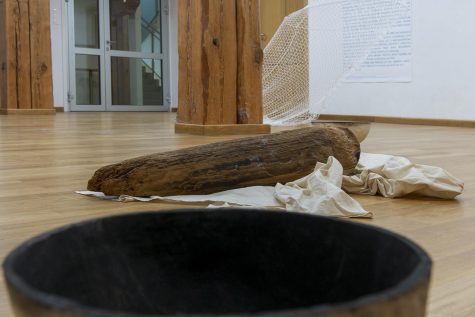 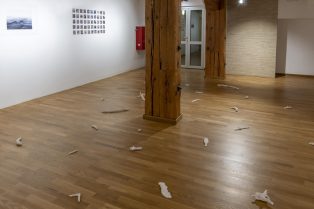 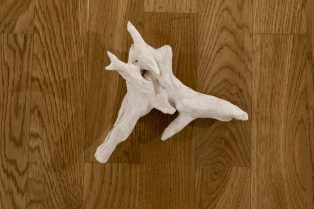 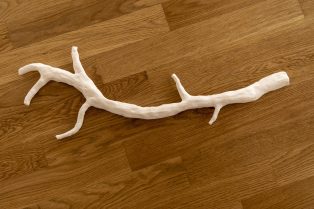 Joanna Łałowska
MARE VANITAS. The Evanescence of the Baltic Sea
within the artist residency

Covering 71% of the planet’s surface, the oceans and seas play a key part in the life on Earth. They produce most of our oxygen and are home to thousands of species of marine animals. Our ecological, social and economic well-being is inextricably linked to the well-being of the seas and oceans. As a spatial designer, I intend to explore the idea of creating a sacred place for the grieving Baltic Sea. Join my spiritual and therapeutic tour of a unique space where I explore the sea as a reflection of my mental self. I will achieve this by creating a closed space for visitors, whilst examining the power of sounds connecting individual places on the coast near Ustka and the tangible need to use technology in order to transmit our “identity” in relation to the Baltic Sea. During my residency, I will try to address the following questions: Is change possible without any loss? How can a loss in the natural environment be understood as a mechanism unevenly distributed among socio-economic divisions? Does loss activate the community? How can we experience mourning as a group? What is the relationship between environmental change, memory, loss, and regret? Regret is the natural response to loss, whether it is a person, time, need, or hope. I explore this concept in the way we interpret and analyze the relationship with water as the source of life. (Joanna Łałowska)

The dying out of the Baltic Sea as a result of the increase in the average temperature on earth is an undeniable fact. This might be caused by the gradual degradation of the water structure due to excessive absorption of carbon dioxide from the atmosphere, overfishing or energy imbalance in the ecosystem. While staying in a seaside resort, it is no longer appropriate to simply relax on the beach and ignore the progressing environmental destruction. Any “post-tourist” worth their salt should be aware that the human race has been violating ecological boundaries for a long time, and that it is vital to spread this awareness, also among art lovers.

These issues became the starting point for Joanna Łałowska’s creative explorations during her artistic residency at the Centre for Creative Activities in Ustka where she developed a summary presentation entitled “Mare Vanitas. The Evanescence of the Baltic Sea”. In it, the artist asks whether it is justifiable to become reconciled to the gradual demise of the sea as we have known it since we were children. She refrains from moralizing or showing the right course of action; it is too late for that. Instead she suggests that we take stock of the failure of the entire human race, too busy developing more and more technologies while ignoring their environmental impact .

The characters populating Caspar Friedrich’s paintings gazed at the watery abyss with hope and plans to cross it. Łałowska looks at the sea with a sense of nostalgia and imminent parting. In her camera performance, she transforms the typical rest on the beach into a symbolic farewell to the sea. She uses ceramic objects to stage a ceremony which alludes to ancient funeral rituals. She lights a number of previously prepared censers and spins a philosophical tale while performing a ritual act. In the last sequence of the film, she places a piece of amber on the seashore in order to give it back the sea where it belongs and thus symbolically re-establish the right order of things.

The sea waves have left traces which can only be understood by the artist. Łałowska has collected some natural sea drift left on the beach, and then used the pieces as models for her faithfully recreated ceramic sculptures. In this way, she built a collection resembling prostheses of the reality that is soon to be lost forever. The artist meticulously copied the texture of tree bark, as well as broken twigs which she then covered with natural white paint. The result brings to mind the fading of the coral reef due to the rising water temperatures. Next, she arranged the objects on the beach and let them be reclaimed by the sand – a desperate attempt at redemption for our sins.

Before returning the pieces to nature, the artist placed them in the gallery space together with the photos of their prototypes. She also presented one of the reasons for the gradual death of the Baltic Sea – the fishing net as a symbol of poaching. Łałowska arranged the net in the form of an oval structure, raised up in a triumphant gesture. And yet, this is still a tool for killing fish, now becoming a symbol of shame. By moving the net to the gallery, the artist turned it into a ready-made object, and also a museum piece. The thing resembles the “Yaroof” installation by Aljoud Lootah, which is a tribute to traditional fishing techniques now being abandoned in favour of a more effective, but at the same time, more destructive practice.

The gradual realization of such a huge loss inspires reflection. Perhaps the artist is symbolically asking the humanity for a breather for the sea, a chance for it to rest and regenerate. Perhaps this is happening now, during the Covid-19 pandemic. (Weronika Teplicka)

Joanna Łałowska – the artist’s work often explores the idea of space through a three-dimensional language; bold colours, emotional narrative and work with ecology and spirituality. Originally from Warsaw, she grew up in Africa and lived in several countries around the world, which opened her up to multinational cultural influences and a unique approach to art and design. After graduating from the Academy of Fine Arts in Warsaw in 2012, Joanna Łałowska’s projects were exhibited at international exhibitions and she participated in several artist-in-residence programs. She is currently a researcher at the Royal College of Art in London, Faculty of Architecture, with a specialization in Sustainable Urban Development and Urban Rituals. As an artist with a comprehensive approach to the design process, she has worked in Europe, Asia and the Middle East. Her extensive experience ranges from comprehensive space design (architecture, set design, site-specific installations) to designing brands and developing branding strategies. Over the past ten years, she has worked around the world on projects involving socially responsible, conscious festivals, environmental and permaculture movements + commercial spatial and branding concepts from leading global brands. In May 2020, she launched a research platform for Eastern Europe (to be expanded internationally) for design innovation and community and sustainable development oriented projects.