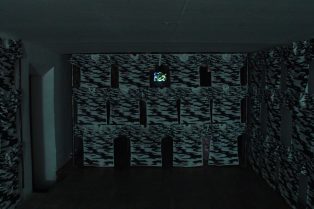 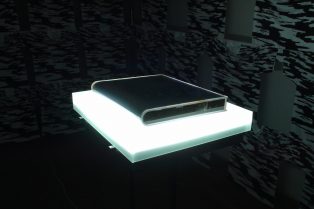 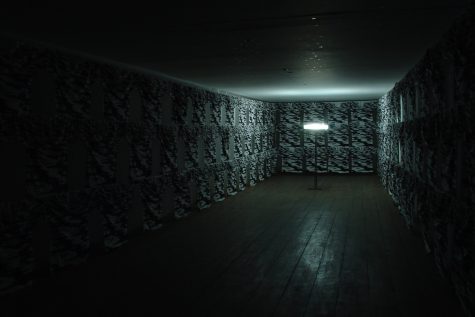 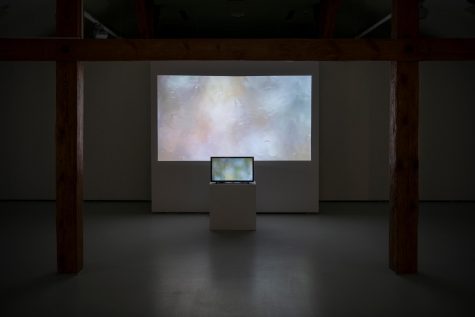 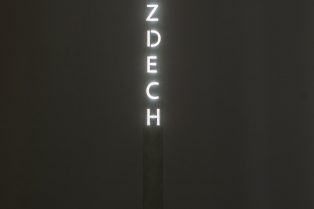 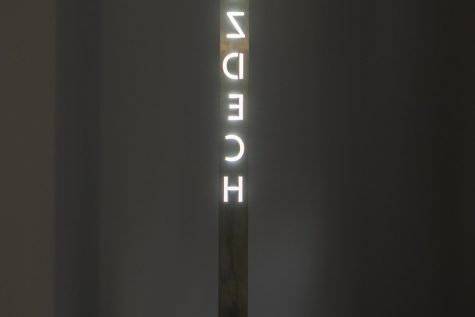 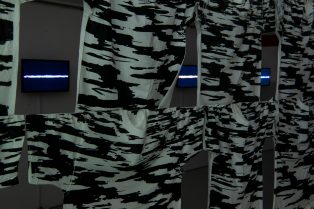 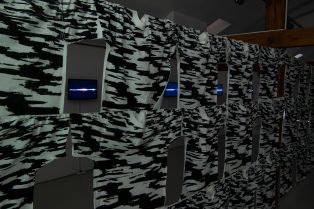 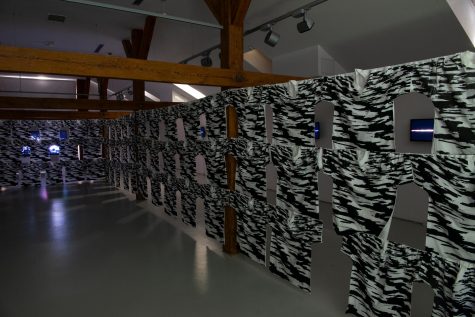 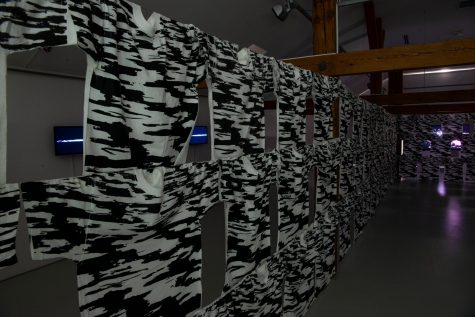 Jerzy Hejnowicz graduated from the State College of Fine Arts (now University of Art) in Poznań, where he received a degree in graphic design under Profesor Z. Lutomski and in drawing under Professor J. Kozłowski. He has been working as a lecturer at his Alma Mater since 1990. His artistic pursuits include graphic design, sculpture, object and installation art, drawing and multimedia. He has participated in dozens of group and solo exhibitions in Poland and abroad. The exhibition “Mayday 2-0-2-1”, which has been prepared for the Centre for Creative Activities in Ustka, is dedicated to tragic events in the last two decades. The artist thus explains his choice of the theme:

“2021 marks twenty years since the recovery of the K-141 KURSK, which was likely the most technologically advanced submarine of the Russian Northern Fleet at the time. We learn from the salvaged notes by a crew member that there were 23 survivors of the explosion on board, but that number kept dwindling with every passing day. The submarine sank to the bottom of the sea and no rescue team was sent to help. Any offers of assistance by foreign navies were declined. After a few days, all of the survivors died. It is especially ironic that so many lives were lost due to political decisions by the government and army authorities at the time of peace and military détente. Technological secrets, military considerations and political strategies became more important than the lives of the crew. Today, people are still dying equally meaningless deaths, in little boats, or on “rafts of hope”, hoping for a safer and better future. Unwanted, left to themselves, without help, they often they fail to reach their dream destination. Today, people all over the world die in different, but equally senseless ways, because the actions of politicians are still constantly deprived of human empathy…

2021 marks twenty years since the installation was first shown to the public. The decision to exhibit the work again after such a long time is not accidental, nor is it the result of creative indolence. The new installation, now renamed “Mayday 2-0-2-1”, is still designed primarily as a tribute to the Kursk sailors, but its visually enhanced form also makes references to the “here and now” and all the confusions, uncertainties and anxieties we have experienced in the last few years.” (Jerzy Hejnowicz)

“While reviewing the oeuvre of Jerzy Hejnowicz, I find myself especially drawn to the work “Mayday” (the title, of course, refers to the international distress signal used by aviators and mariners in a life-threatening emergency.(…) For me, personally, the work is (…) truly heartrending. It offers an artistic record of and reflection on the memorable disaster of Kursk and the tragic fate of its crew. The viewer is confronted with an incredibly tight, almost claustrophobic space containing a multitude of rows with 118 equally spaced cotton T-shirts. Each of the T-shirts, which allude to those traditionally worn by sailors, has the same disturbing black motif of light reflected on the water surface. The printed design, which brings to mind the element of water, especially the deep sea, and the number 118 both clearly refer to the doomed crew of the nuclear submarine. In this micro-space, the artist also placed a book embedded in epoxy resin with a repeated SOS call in the Morse code – may all the rest remain shrouded in silence. I believe that the work bears testimony to the artist’s maturity, as well as confirming his ability to turn a noble intention an important artistic message in a perfect, strong and expressive form. In this work, as well as in many others, Jerzy Hejnowicz acts as a commentator of the world, an artist constantly on the lookout for the most perfect form to express his commentary of sorts. Such installations as this and others always require the creation of a new place, an appropriate place, an inspiring place, a complementary place, a place which becomes a challenge. He finds such places and confronts them, which I often find very close to my way of thinking.”