Jarosław Modzelewski A DOZEN OR SO NEW PICTURES 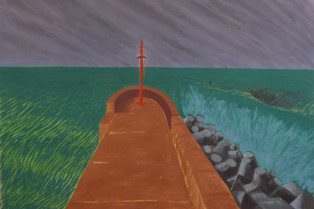 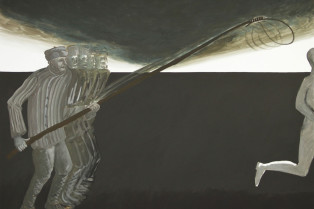 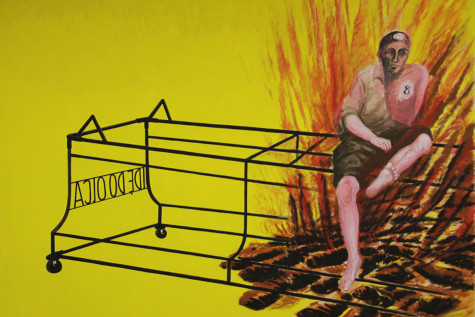 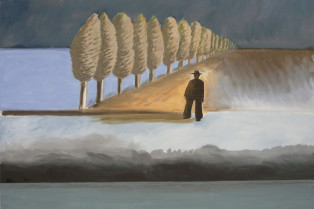 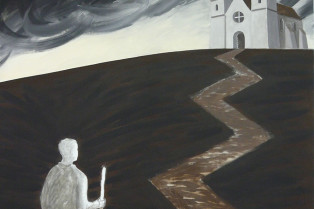 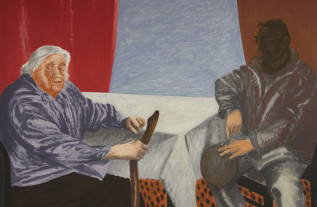 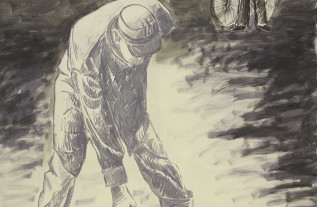 He studied at the Academy of Fine Arts in Warsaw, getting the diploma from Prof. Stefan Gierowski studio in 1980. He was a cofounder of the „Gruppa” artistic team, participating in their exhibitions in the years 1982-1983. He was a coeditor of their artistic magazine “Oj dobrze już” (1984-1988).

Since 1982 he has worked as a pedagogue at the Academy of Fine Arts in Warsaw. In the autumn of 1984 he was a grantholder in Germany together with Marek Sobczyk. In the 90s he had run a private art school in Warsaw together with Marek Sobczyk and Młodożeniec. In the first period of his artistic activity he had been making abstractive pictures, sometimes using the patterns to nake them. Modzelewski’s painting of the 80s has operated with signs and ideograms, as well as some simplified patterned motives (Attacking dolphins, 1981).

In 1985 he created a cycle of pictures based on the illustrations for the Russian language manual, presenting simple activities  (eg. Washing, Wiping, Dressing, Standing ). In the tears 1986-1989 he has created figural pictures, the form of which (colour, modelling, perspective), was close to realism, where the characters have been unusual thanks to doubling the figures ( A Photographer, 1986), showing the figures in uncertain situations, endangered with the falling (Difficulties with moving, 1987), and space processing (Romanica Toscana, 1987).

Since 1989 he has been presenting figurative scenes treated in simple and decorative way (Hygiene, In a sad shop, 1989). In 1997 he has changed the painting technique from the oil one to the tempera what made his canvases more vivid with freely shaped texture, however his compositions have still remained to be very simplified, with schematized figures painted against empty abstractive backgrounds.

In 2001 and 2002 new threads have appeared in his works presented at the exhibition Pictures as an expression of watching a church interior (Kordegarda Gallery in Warsaw) as an effect of new area of interest in church isides, especially with their prozaic character contrasting with their spiritual and sacred features. In the years 1991-1996 the artist has founded and run a private art school in Warsaw, together with his fellow members of the Gruppa artistic team.