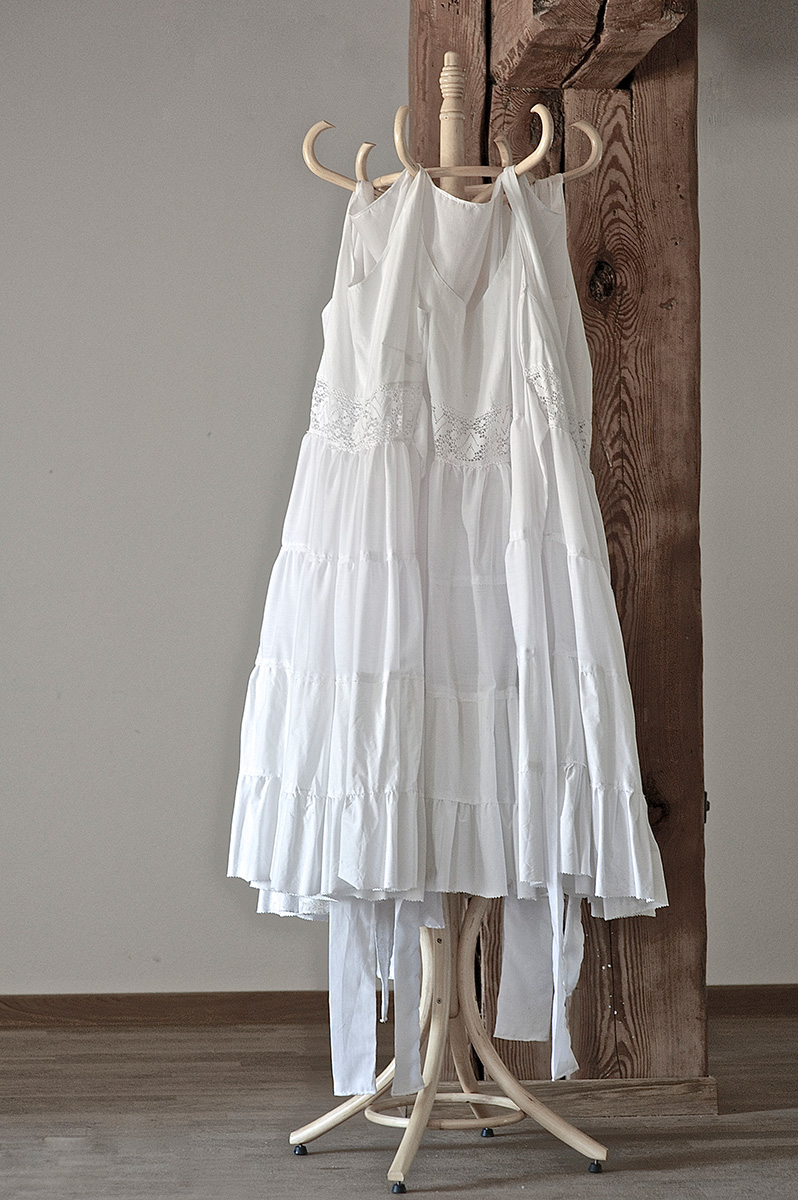 In the Mermaid’s Singing project I have invited mature women to reflect on their femininity, to look at its various aspects and to find the limit between what’s their own/personal and what’s imposed by culture and society. For ten months we have met at the Baltic Gallery of Contemporary Art, where we were discussing, laughing, crying, arguing, reading, singing and breathing consciously, exploring various areas of femininity and investigating their limits. We were giving physical shape to our discoveries through creative acts, using the forms of activity that are stereotypically associated with the word ‘grandma” (knitting, sewing, cooking, embroidering, and baking cakes). The venue of the project isn’t accidental. The closeness to the sea/water imposes automatic associations with the process of passage. And this process, even if natural and inevitable, is the area of such difficult emotions as fear, trepidation, sorrow and regret. A young girl becomes a woman at the moment of when her menstruation cycle begins. The end of this process is an analogous point of passage. The mass culture promotes the image of woman who loses her femininity after her reproductive function is lost; the project Mermaid’s Singing would like to show that this is not necessarily true.

Iza Moczarna-Pasiek is an artist, photographer, and feminist. In her projects she opposes the stereotypical ways of perceiving the femininity. She indicates the areas of femininity which are hidden behind the cover of taboos built by religion and culture of the Polish society. She is the author of the first in Poland mastectomy calendar of 2005, where women who had mastectomy were posing nude, The Cut project, where bald women are models, The Haughty Venus, where plump women strip naked in front of the camera, and many others.