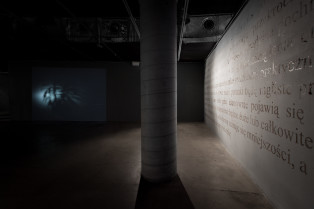 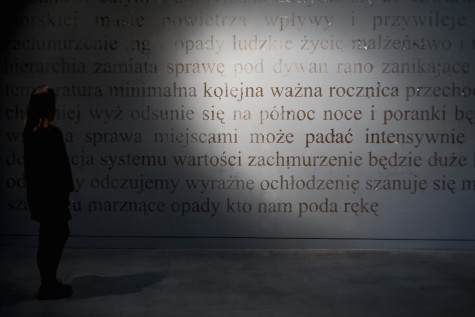 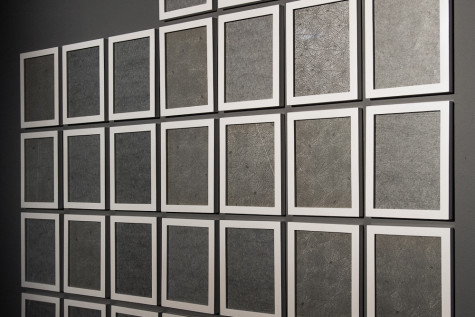 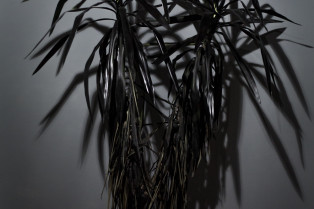 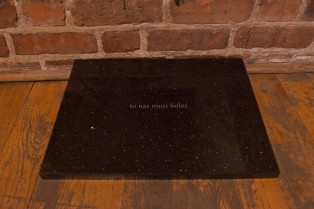 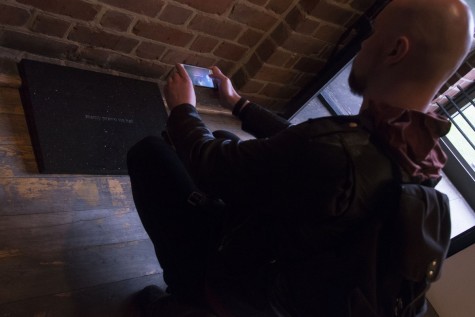 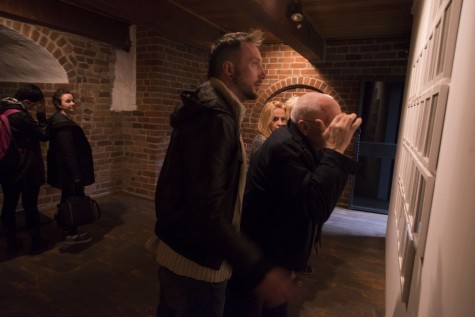 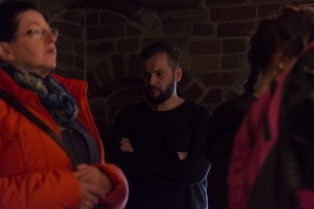 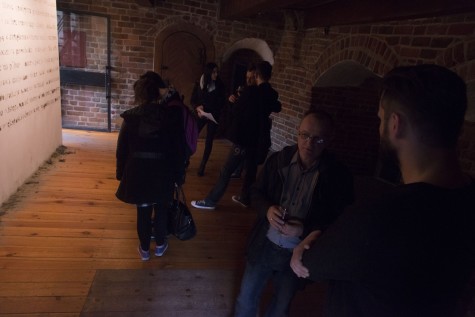 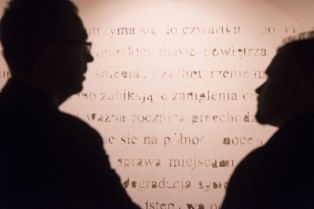 Bad Dream or the Power of Interpretation

A dream cannot be pinned up. By nature it is something liquid, and each passing image is subject to continuous metamorphosis, because it happens just in time, not in space.
Jean Genet, Funeral Rites

In the overwhelming majority of Grzegorz Hańderek’s works, which he presented to the public over the past decade, we were able to unquestionably get used to the characteristic of the artist’s aesthetics, games and anthropology of quasi-urban places. Exhibition strategies which he uses and the nature of his visual forms and territories have become a kind of trademark and leitmotif throughout the artist’s work. You can even say that actually we are accustomed to the simulacrum world of scaled ‘architecture’, in which human presence is absent. However, in his the latest project Hańderek goes beyond graphic arts and clearly reveals new traces and clues, and – what’s more – surprises us with his entire discourse of visuality. Emotiveness areas that lead slightly across his ascetic and structural geometry are moving and amazing. These new concepts and affects allow us to ascertain human existence not only in the dimension of allegorical figures flashing in between the afterimages and phantasms of the artist. For, as he admits, they are abandoned emotions that once were located in an equally abandoned house plants. It is worth noting that we can find such plant ornaments in the older – definitely more classic – graphic cycles by Grzegorz Hańderek, where this ecosystem existed spontaneously and did not need man at all. It was a – you say – a post- apocalyptic world, perhaps inspired by futurological narratives and anticipations, whose sources lie in literature or sociology.

At the exhibition Bad Dream the genealogy draws its toxic sap out of existence which – as the author explains – “we have the right to be afraid of”, and – what’s more – “is going to hurt us”, for “any other day will be shorter than the longest day of the year”. We are in front of fear and a looped time which once used to be “pushed forward linearly”, and today – as suggested by Zygmunt Bauman – “it has not its own direction”. Our uncertainty which concerns, inter alia, suspension or (im)possible communication is the more reinforced by fears generated by the ambiguity and instability of the social reality in which we live. Hańderek focuses primarily on a single and atomized existence which is presented from the perspective of permeating heresies of wakefulness and dream. In this case these components – although structural and archetypal for humans in general – are filtered through the individual biography. His expressionistic bio and minimalistic, almost monochromatic graphy constitute topographic coordinates in the archipelago of the Bad Dream in which the viewer can feel somewhat like in a dreamy tale, full of tricks and delusion. However, because this dream does not belong to the order of the virtual world, and its ‘meatiness’ and ‘bloodstream’ are apparently assigned to a specific history and a particular body, it reveals – as any ancient drama – its cathartic potential. An image, as Geoffrey Hartman claimed, is like a dream; “it is not holy, but the power of its interpretation really is”. Therefore, Handerek’s project can be placed in the field of psychoanalysis, image and epitaph…