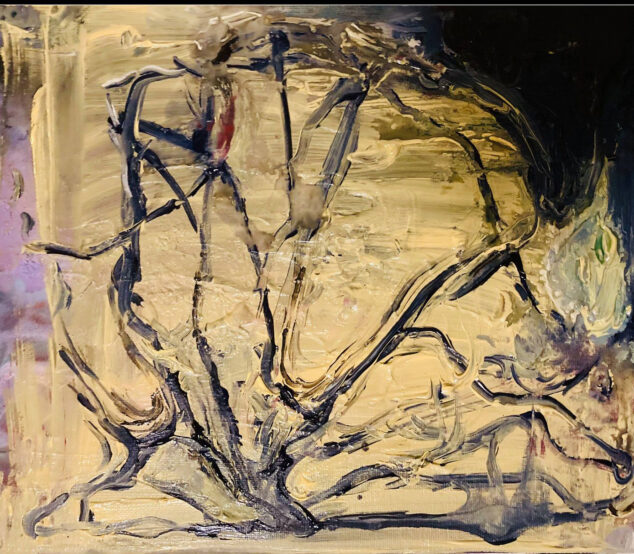 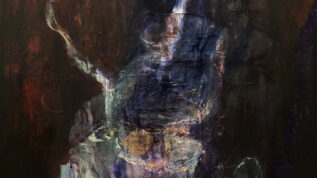 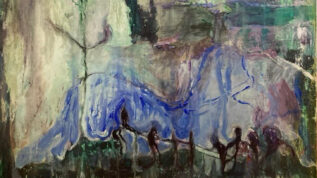 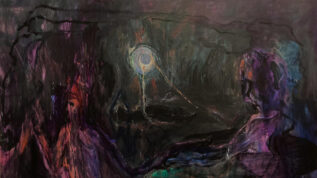 The opening will be followed by a panel discussion with the artists of the newly opened exhibitions:
Bianka Rolando, Natalia Czarcińska, Dorota Tarnowska-Urbanik and Jerzy Muszyński

The Rol-A-Top-Twin-Jack Pot is the name of a 1930s American slot machine based on twin randomly paused rollers. If similar images pop up, you win a treasure, if not, you try again hoping that since the rollers are twinned, you have a chance to succeed. Elizabeth Bishop, a poet, sketched her own design for a dream machine in between writing her own poems, the design of which resembled a one-armed bandit machine. Rol-A-Top-Twin-Jack Pot sonically alludes to both my name and in its name suggests the rhythmic skipping of the images in the rollers.

The exhibition presents my work of the last three years. In addition to my paintings, there will be prints, lithographs I have created from stones from the “Ostańce” series and drawings “Waves”, which have not yet been presented to the public, as well as objects, photographs and poems. All the works refer to the theme of twinning, duplicity, triplicity and more, also to the difference that makes them move and go out towards change, towards the movement of similarities.

The works present dreamy afterglows, scenes from dreams, or frame reality in such a way that it turns out to be unobvious in its unveilings. The language that defines, errs in defining what is depicted precisely so that a liberating poem emerges. (Bianca Rolando)