Bartosz Kokosiński / I Remain the Same, Although I Have Changed / Witches’ Tower 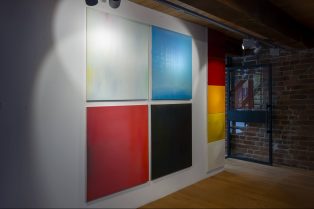 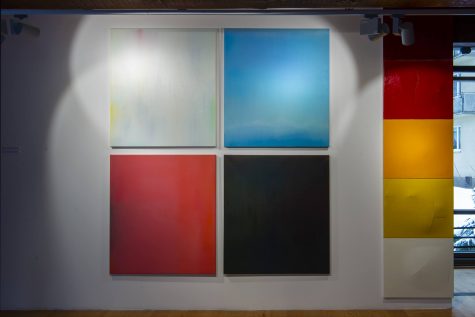 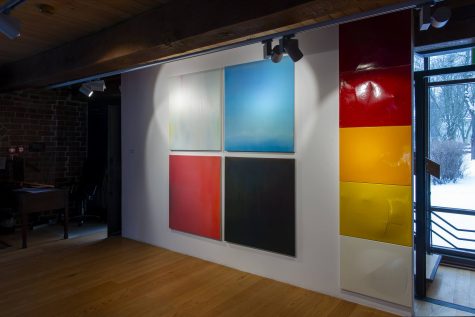 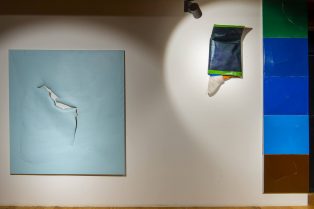 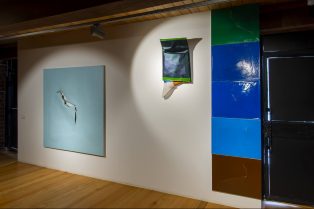 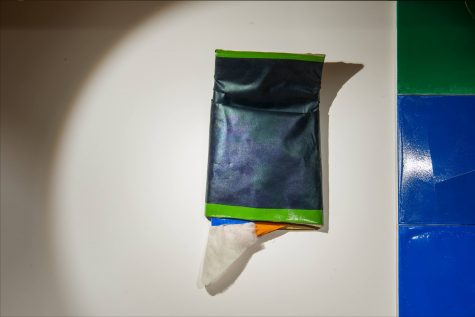 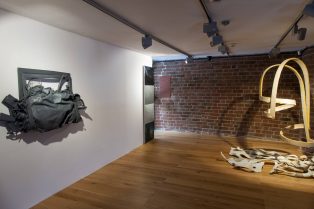 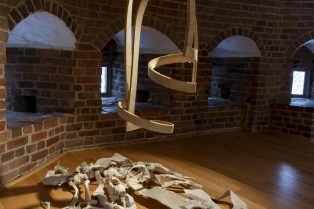 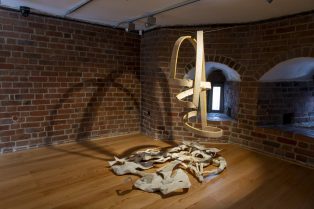 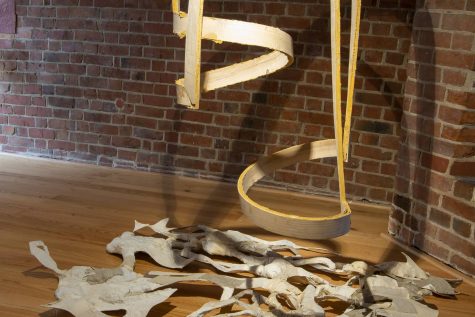 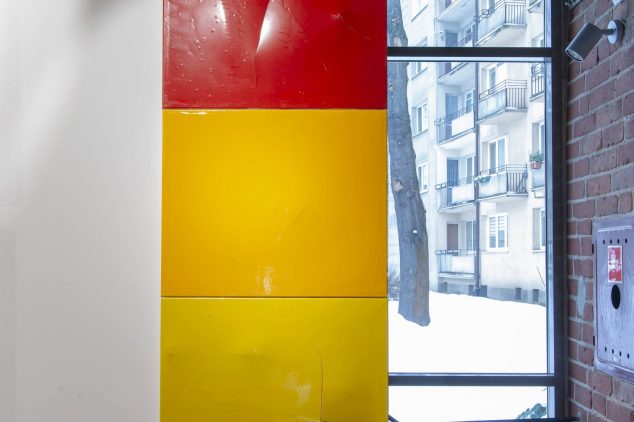 Bartosz Kokosiński
I Remain the Same, Although I Have Changed
Curator /  Roman Lewandowski

The title of the latest exhibition of works by Bartosz Kokosiński “I Remain the Same, Although I Have Changed” alludes to the motto of Alfred Jarry, a French writer, playwright and eccentric, and above all the creator of pataphysics who lived in the 19th and 20th centuries. A hundred years later, Bartosz Kokosiński follows in the footsteps of Jarry and deals with the deconstruction and reconstruction of truths and contradictions, although he transposes them into the language of visual arts. The main area of activity of the Warsaw-based artist is abstract painting, even though it significantly refers to traditional genres such as landscape or still life, which Kokosiński ultimately hybridizes into the form of intermedia works. Since his studies, his work has been accompanied by meta-linguistic reflection which focuses on the problems of limitations and tensions that arise at the interface between the conceptual and the material, the presented and the represented – all of these crucial for contemporary painting. Bartosz Kokosiński works in cycles, which means that he is interested in individual artefacts and topics that he repeats and reproduces, as well as in their holistic dimension in the understanding of the “ultimate work”. It is worth noting that since his graduation, the artist has been independently pursuing his intellectual inclinations and intuitions. That is why his work is a unique phenomenon in which motifs, media and conventions are intertwined. All these are complemented by meta-artistic issues – considerations about the language of art are an inherent part of the artist’s reflection. The exhibition in Słupsk features works created in the last few years, which represent a variety of media and aesthetics, although they constitute (ir)rational and consistent narrative.

Bartosz Kokosiński lives and works in Warsaw. He studied at the Faculty of Painting of the Academy of Fine Arts in Kraków, where in 2009 he obtained a degree in the Studio of Professor Andrzej Bednarczyk and Witold Stelmachniewicz. He was a member of the Kraków-based group Silnia. He is a scholarship holder of the Minister of Culture and National Heritage (2002, 2007, 2012) and winner of the Elizabeth Greenshields Foundation Award (Canada, 2006). In 2003, he received an honourable mention at the 41st Painting Biennale “Bielska Jesień” (statutory award, honourable mention from the editors of the magazines ARTLUK, EXIT, and OBIEG). In 2014, he took the first place in the ranking of young artists “Kompas Młodej Sztuki”. His works are part of national collections at: Galeria Bielska BWA in Bielsko-Biała, The Contemporary Art Gallery “Zachęta” in Szczecin, Bunkier Sztuki in Kraków, the Centre of Polish Sculpture in Orońsko.