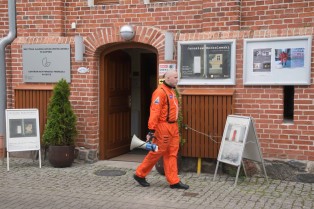 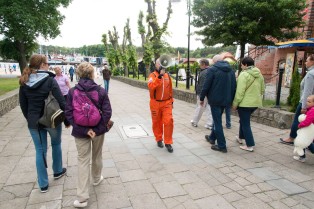 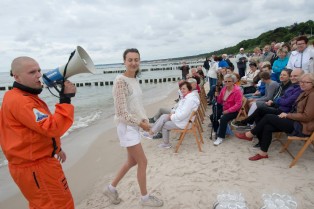 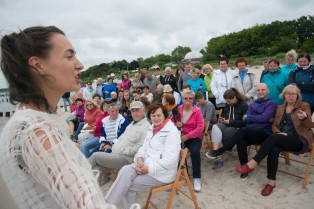 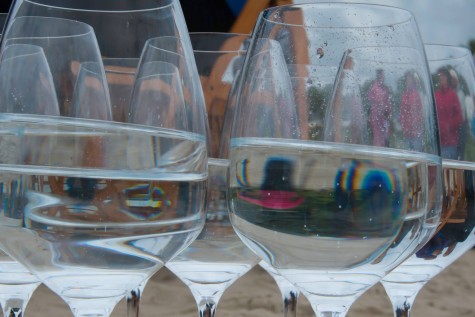 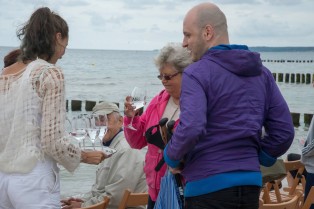 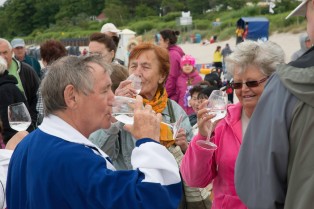 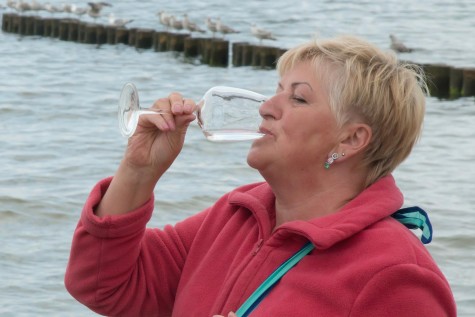 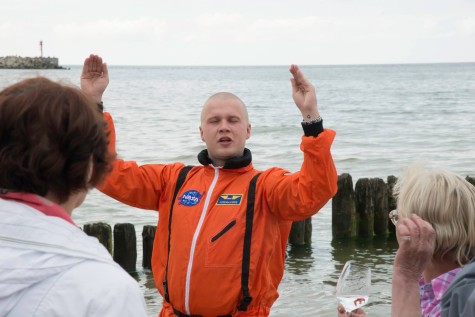 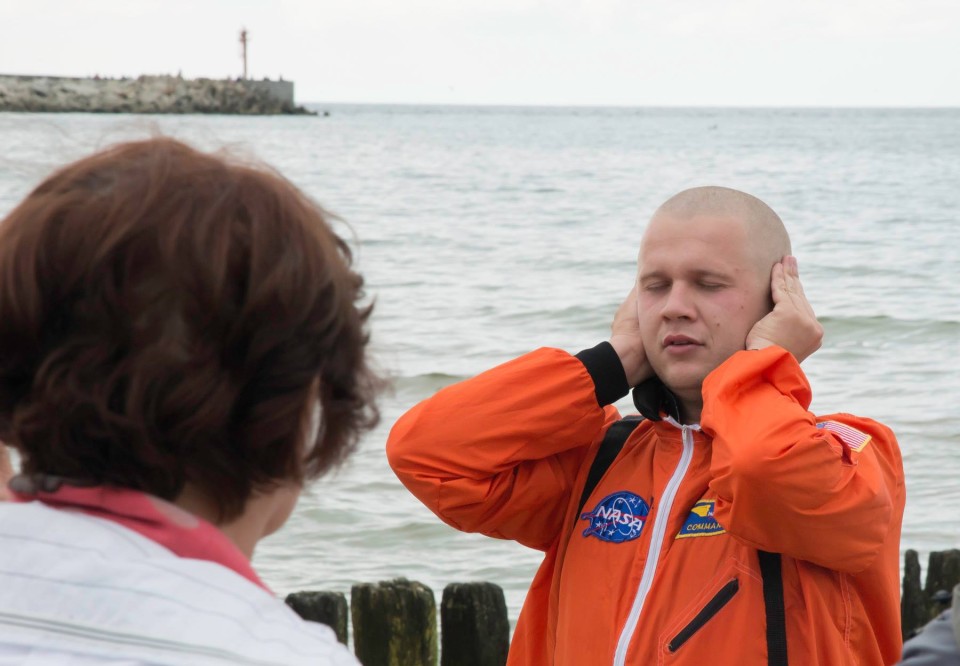 Performance is an art which has its origins in the actions of the 60s. At present it is an area of fine arts which strongly intertwines with everyday life. At the same time, it is a useful educative tool. Actions performed in this area cultivate the creative element which is characteristic for every man. These unique features will be the theme of the performance.

This performance aims at getting to know the elementary information about this area of art. It is to encourage the viewer to undertake cognitive activity and to develop creative thinking. The physical as well as intellectual aspects of the action to be performed are of unusual importance.

Adam Gruba and Justyna Górowska perform a joint action inspired by performances by such duets as Marina Abramovic and Ulay. It’s interesting that they have been a couple for 6 years, but this will be their first joint performance. They both have shown their performances at festivals and galleries all over the world.

Justyna Górowska (born in 1988) is an inter-media graduate from the Academy of Fine Arts in Cracow. She cultivates performances, video art, sculpture and photography. She is a laureate of the main prize of the 7th edition of the Samsung Art Master (2010). Her works have been presented at the contemporary art centre Zamek Ujazdowski in Warsaw (2010), and at such international events as Christmas Palm at Freies Museum Berlin(2009), 700IS (2010), during the International Video Art Festival in Iceland (2010), and IX International Action Art Festival Interactions (2009). She presented her works on TV (TVP KULTURA) twice. She has collaborated with the lokal_30 gallery in Warsaw since 2014.
Adam Gruba (born in 1988) cultivates a wide range of inter-media art, using in his works the elements of performance, video art, objects and texts. He is an inter-media graduate from Prof Artur Tajber studio and from the pedagogical school of the Academy of Fine Arts in Cracow. A grant-holder of the Ministry of Foreign Affairs of Indonesia Darmasiswa, participant of many solo exhibitions and projects, including 2012 – GOLEM: Samowystarczalna Studio, Foundation for the Promotion of Contemporary Art, Warsaw; GOLEM, Art Agenda Nova, Gallery Nova, Cracow, Poland; group exhibitions including 2012 – Polish Performance Night, Le Lieu Gallery, Quebec, Canada; ARUS BALIK project, Sumber Village, Muntilan, Indonesia; Bizzare On Stage Festival, ISI Theater, Yogyakarta, Indonesia; GALLERIA RAJATILA, Hämeenpuisto 10, 33210 Tampere, Finland; ONE NIGHT ONLY GALLERY, Vilna, Lithuania, (esityspaikka: “Skalvija” gallery / “Skalvijos”galerija, Goštauto 2/15, Vilnius, Lithuania; ONE NIGHT ONLY GALLERY C/O UKS, Oslo, Norway; VILLA KARO, Suomalais-afrikkalainen kulttuurikeskus, Grand-Popo, Benin, Africa.