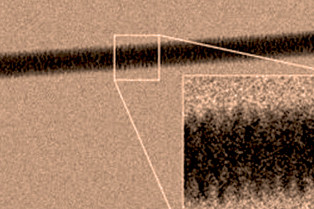 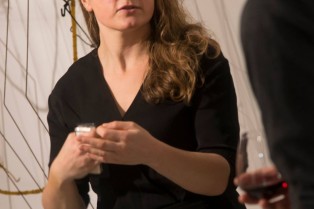 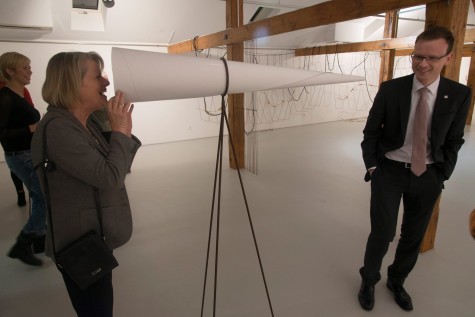 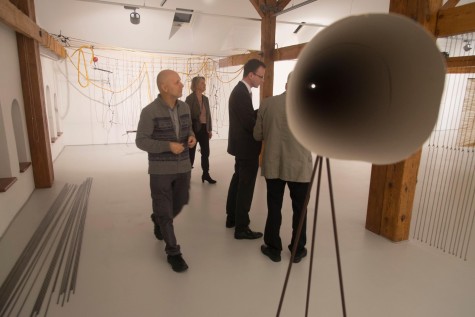 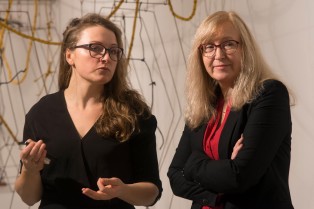 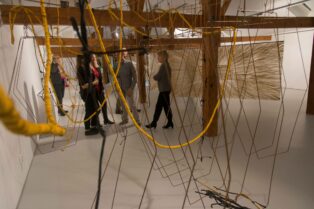 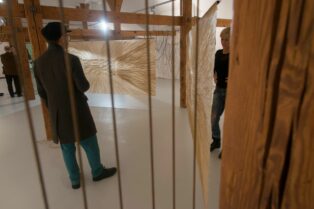 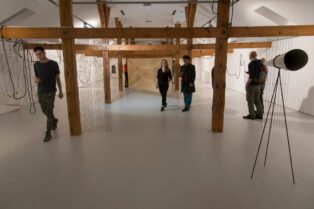 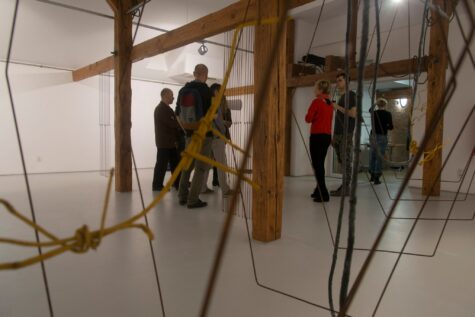 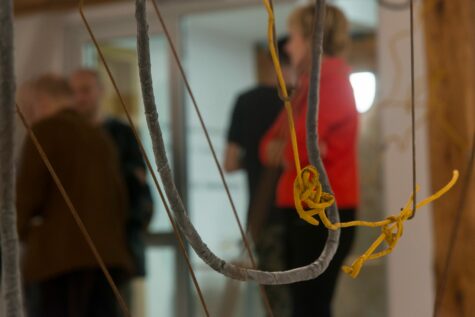 Drawing attention to the exhibition hall’s former use as a granary, Iza Tarasewicz’s solo exhibition The Smallest Uninteresting Number emphasizes the Centre For Creative Activities as a temporary site for the storage, accumulation, organization and itemization of matter, a place for taking stock. Like a warehouse, the exhibition is a locus where resources and raw materials enter, are processed, and then sent out, a collection  of spatiotemporal events where various forms of matter meet, merge, and interact. Conflating the abstract logics of industry, agriculture, mathematics, economics, and science, the artist turns the exhibition space into a logistical ecosystem that manages the counting and movement of things, and charts flows, exchanges, relationships, and supply chains. Here, storage is regarded as a process of activity, not dormancy, a machine operating simultaneously at various scales. In the exhibition space, the exposed architectural supports of the room serve as functional armatures for a series of variable arrangements of repeated materials. Hanging upon the post and lintel support system are additional modular sequences of supports, producing a series of physical and representational matrices that frame, organize, and hold up objects and collections of things. Often bringing into service basic and ignoble materials such as hemp fibre, ash, caoutchouc, and natural powdered pigment, the objects are abstract units that are set within a patterned display system. Each object and arrangement functions as a temporary proposition tested through rigorous experimentations with matter, demonstrating moments of fusion and fission, and making visible missing, compressed, distorted, displaced, or degraded information. Her configurations are attempts at activating order and energetic relationships, while equally exposing her processes and elements to the turbulence of chaos and failure. The materials presented often take the form of lines, graphs, and models that were appropriated and transferred from economic, statistical, technical, spiritual, biological, thermodynamic, and cosmological diagrams—figures of thoughts and charts of relations that systematize knowledge and abstractly describe the interaction of phenomena. By liberating illustrative representations and graphical systems from their sources and emphasizing the base materiality of the components, her works run contrary to a purely semiotic understanding of the diagram, according to which diagrams function independently of their concrete execution. Instead, Tarasewicz’s objects function more as tools: contingent, temporary, and variable engines of information that chart lines of flight between scales, dimensions, and events, displaying the consequences of entering objects into a system. They are at once representations of micro and macro processes, and bare demonstrations of their own thingness, the result of properties and constitutive relationships. Emphasizing the spatialization of knowledge, the arrangements make visible measurement routines as mediated productions of empirical thought, methods of Cartesian exclusion, and acts of bounding, which are shown to be abstract yet functional codes overlaid upon reality. Each work charts the haptic transformation of energy and concepts as they move from phenomena to representations and back again, making visible both the moments when symbols fail and when organization, transmission and transposition yields unexpected results. Number is granted both a deadpan, utilitarian, role and a certain mysticism that accesses fundamental metaphysical and ontological questions. Perhaps the origin of mathematics lies not in the precise definition of measurements, but rather through the construction of mimetic summaries between phenomena. System of counting, scale, and measurement are methods of transportation that registers inaccessible information, making palpable unknown quantities through relation and by correlating abstract magnitudes. The title is a paradox: all natural numbers must be “interesting”, since otherwise there would have to be a smallest uninteresting number, but that number itself would be quite interesting.